I want to live forever.com!

There are a number of ways to live longer: you can give up smoking, take exercise, eat healthily and less. You can even 1ditch sex – apparently eunuchs live 14 years longer than 2average.

Silicon Valley’s billionaires think so. And they’re hoping not to have to wait another 200 years for it to happen.

Google leads the crusade against ageing

Excited by 3breakthrough research in 1993 on the C. elegans 4worm that showed a single gene mutation extended its life by 50%, the tech community has been investing millions in biotech 5start-ups working on 6ageing solutions. One of the main investors is Google, but Amazon chief Jeff Bezos, PayPal entrepreneur Peter Thiel and Facebook’s Mark Zuckerberg are also financing the venture. Having revolutionized the world with their various online businesses, the next step is to revolutionize life itself. 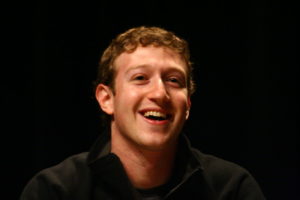 Facebook’s Mark Zukerberg, one of the Silicon Valley billionaires investing in research into reversing the ageing process

But biology moves more slowly than technology and nature is more complex than a machine. We are not robots – at least not yet. 7Take research into nucleoprotein structures called telomeres, for example. Telomeres 8cap a 9string of chromosomes to protect them, like the plastic at the end of a 10shoe lace. With time – and unhealthy lifestyles – this cap gets shorter and can’t protect the chromosomes properly, causing cells to stop replenishing. The result is we age.

In 2008, Maria Blasco, head of the Spanish National Center for Cancer Research, injected mice with telomerase, an enzyme that naturally helps to 11lengthen the telomere, extending their lives by 40%. This gave scientists the idea that telomerase could reverse the ageing process. But telomerase is also activated in cancer cells.

Another problem is that we are not mice. Scientist Nir Barzilai points out that researchers have cured cancer in lab mice many times and have even doubled their life spans, but this has not translated to humans. As the molecular geneticist Jan Vijg told The New Yorker, “You can’t just copy a single mechanism from the tortoise,” an animal with more than double our life span. “We’d have to 12turn our genome over to the tortoise—and then we’d be a tortoise.”

Still the 13quest continues and at times moves into the 14realms of science fiction with scientists such as Aubrey de Grey comparing the human body to a car and suggesting that eternal life is simply a matter of maintenance and replacing body parts. Others, like futurist and director of engineering at Google Ray Kurzweil, believes that Artificial Intelligence will fuse with the human brain and our bodies will no longer be needed.

Interestingly, Spanish scientist Juan Carlos Izpisúa Belmonte made mice live 30% longer by giving them water mixed with doxycycline. This activated the genes that can reset the ageing clock without touching the 15stem cell [or the genome – our genetic hardware]. “Our experiment was very 16rude and uncontrollable, and there will be other deleterious effects, as well as many unknowns. But this is very promising,” he told The New Yorker.

1to ditch something: abandonar

12turn our genome over to: asumir el genoma